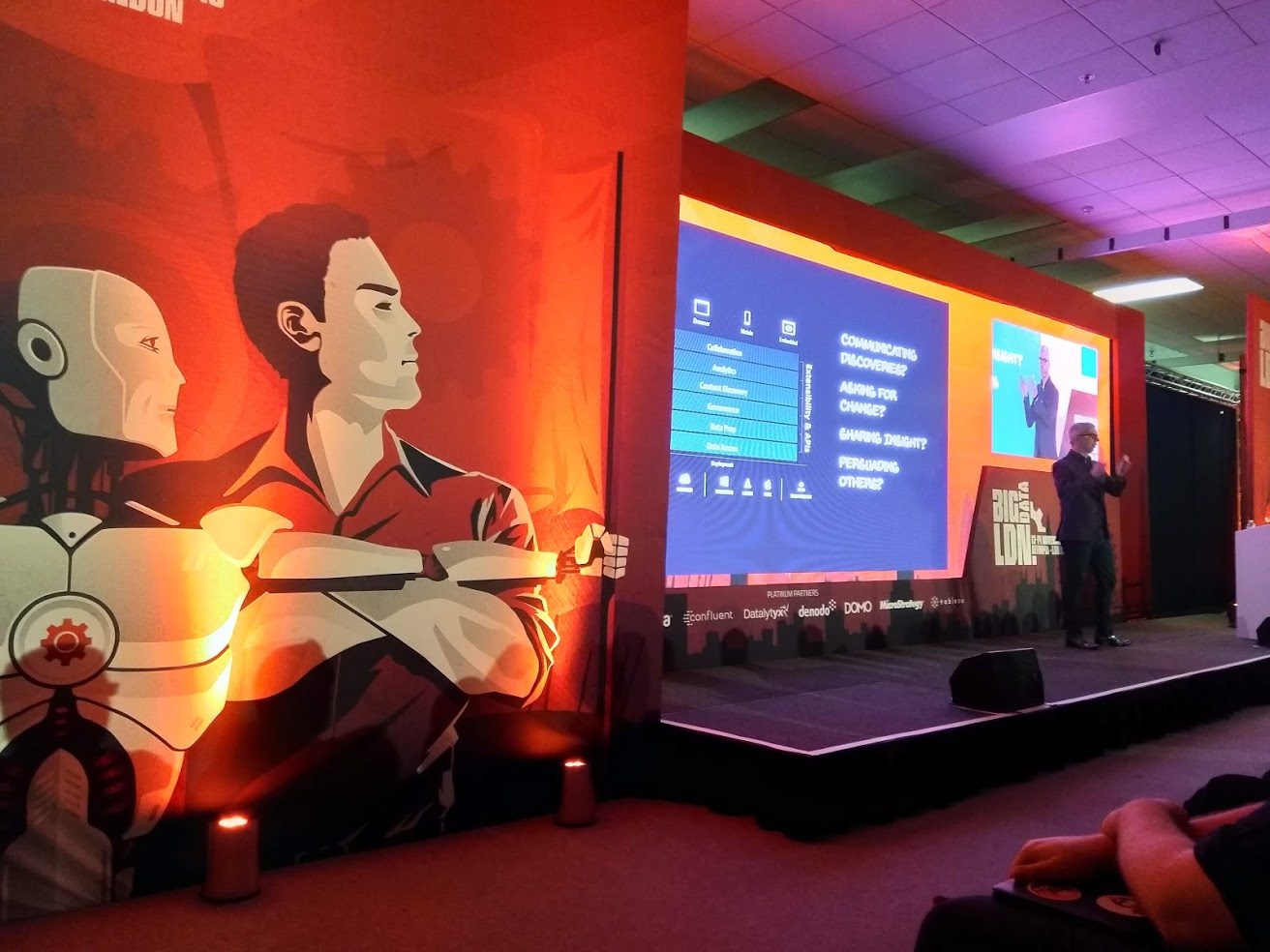 The London Big Data Conference held at Kensington Olympia on 13-14 November 2018 was not that big but I expect it will be bigger next year. It is held in an upstairs part of the exhibition hall chock full of lecture halls and exhibitors. The conference is free and has an extensive series of lectures over two days with a high quality of speaker and a variety of content in eight different lecture areas.

The volumes of data involved in Big Data are orders of magnitude higher that we come across at Redware which is surprising given our involvement with telecommunications billing. The average CRM system does not qualify as big data but the information stored there is very important for binding the rest of the data together and comes to the fore when action needs to be taken.

Gary Palmer of Forbidden Planet gave a high-level strategic talk on his experience with Qlik over the past three years. Forbidden Planet has over 120,000 product lines and operates concession stands at various conferences as well as their retail shops. Gary relates turning up at management meetings with four quarters worth of analytical reports being required to answer any questions posed at the meeting. Implementing a custom dashboard of management information not only dispensed with the piles of paper but also enabled him to provide answers to unexpected questions in moments.

It is the near real-time reporting however that Gary feels is important particularly in the world of retail where turnover and stock control are imperative. He cites a concession stand supporting a Ghostbusters promotion at Waterloo Station where sales were maximised by ignoring the least busy early hours revealed on the second day by a custom Qlik dashboard specific to the popup shop. A similar dashboard revealed the opposite at a Star Wars convention which was packed until 2pm every day and product sales from the previous day used to help in the re-ordering and replenishment of stock for the next. All this competitive advantage generated for them by real-time analytics.

Sean Price of Qlik revealed the importance of predictive analytics from his experience working with the Avon and Somerset Police. The Police are able to recalculate the vulnerability index of 600,000 persons every day and he describes his conversion to the church of analytics following a murder where he discovered that the murderer was the number one person on the Qlik prediction list. The experience of the Avon and Somerset Police has been transformative and integration with social service databases should improve the predictive picture although with the appropriate ethical safeguards built-in against bias of all types.

Andy Cotgreave of Tableau gave an entertaining and astute demonstration of how not to present data at meetings. He acknowledged that the huge amount of work expended to generate the data could all be wasted with ineffective presentation. He offered some tips including advice that “big screens” are quite small when you are sitting at the back so make sure all fonts are large and lose the border usually presented around slides. Make sure that you really punch home the message if any from the data and “point” effectively by highlighting the areas of the slide you are focussing on. Andy played two minutes of the TED talk from the late, great Hans Rosling who could explain the changes in fertility and life expectancy around the world with graphs and great flair from his experience as a showman and sword swallower.

Forbidden Planet use CRM with embedded Qlik dashboards and stress the importance of cleaning the data so that everyone can download and view the same data. Although Microsoft Dynamics 365 CRM has extensive dashboard features, they do not match the power of the dashboards available using products such as Qlik, Tableau and Microsoft BI (note that Microsoft were not exhibiting at the conference). Embedding analytics into CRM - as well as the requirement to clean data - was the best takeaway for me from the conference.